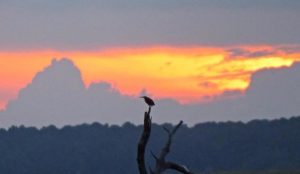 Don’t you love the way it rolls off the tongue – “spec–mm-dsgt?” As in, “what time is it spec-mm-dsgt?” It’s a simple acronym that solves all the standard vs. daylight saving time acrimony. It stands for (you’ve probably already figured it out as it’s self explanatory) Standard Pacific Eastern Central Mountain Mean Daylight Saving Greenwich Time. I propose, on January 1 at 12 a.m. Eastern, that would be 11 p.m. December 31 Central, 9 p.m. December 31 Pacific (you get the drift) everyone set their clocks to 12 a.m. and problem solved – no more jet lag; no more what day is it in Russia? Sure that first day might be a little weird some people will have to spring through Sunday to get to Monday and others will have to fall back from Tuesday but 100 years from now nobody will remember.

I mean who knows why we have daylight saving time (and I have it from good sources that it’s saving not savings) in the first place. Seems like World War I was the catalyst. Germany began the practice in 1916 in hopes of conserving energy for the war effort. France and the U.S. soon followed suit. The measure fell by the wayside in most countries after WW I only to be revived during WW II, generally under the same energy-saving assumptions. Daylight saving once again found displeasure in the U.S. and was rescinded around 1945.

And if you think SPECMMDSGT would be confusing, you should just look at the U.S. from 1945 to 1966. Michael Downing, author of Spring Forward: The Annual Madness of Daylight Saving Time, noted: “In 1965 there were 130 cities in the country with populations of 100,000 or more. Fifty-nine did not observe daylight saving.

Of the 71 that did, there were at least 20 different adoption dates. In Minnesota, St. Paul was on one time, Minneapolis was on a different time, and Duluth was on Wisconsin time. In fact, somebody even found a Minneapolis office building in which the different floors of the building were observing different time zones because they were the offices of different counties.” This makes Yogi Berra looks like a savant when he was asked, “What time is it?” The Berra-meister’s response – “You mean now?”

So the Feds stepped in and fixed everything with the Uniform Time Act of 1966. The mission of the law was to promote a uniform observance of time throughout the United States. I guess, as uniform as a three-hour difference between LA and New York can be. And to be sure times would be uniform across the country, they made the choice voluntary and Arizona and Hawaii chose not to play.

I believe if you just weigh this short list of pros and cons regarding daylight saving – you will see SPECMMDSGT is the way to go:

I would hope, from this list of pros and cons the solution is self-evident. Please email me if you think the time for SPECMMDSGT has come and we will start a petition, as soon as I finish the newsletter I’m working on for Procrastinators Anonymous.