A total eclipse of science 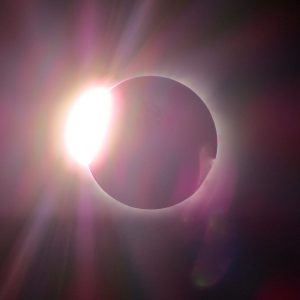 Two independent natural phenomena have occurred over the past few days that will be etched in the memories, minds and hearts of people across the country and around the world. A total solar eclipse sailed out of the Pacific Ocean and started its trek above terra firma around Lincoln Beach, Oregon about 9 a.m. PDT on August 21. The eclipse was visible across parts of 14 states leaving terra firma for the Atlantic Ocean over Cape Romain National Wildlife Refuge in South Carolina a little after 3 p.m. EDT.

Hurricane Harvey made landfall around 10 p.m. CDT as a Category 4 hurricane near Rockport, Texas on August 25. While one of these events was heralded and publicized and people were encouraged to go and see it – to experience it – to revel in it – the next event was also publicized and people were warned to flee it – to evacuate – to prepare for the worst. And guess what – people listened.

People listened to both calls. NASA, the National Aeronautics and Space Administration, produced copious amounts of maps and/or computer graphics detailing the path of the eclipse and where and how to view totality. At the same time, NOAA, the National Oceanic and Atmospheric Administration, was tracking a storm in the Gulf of Mexico and warning residents of Southeast Texas that a hurricane of unprecedented destruction was headed their way.

Any idea what discipline and/or rigor of thought and preparation paved the way for the accurate prognostication of both events? Science (the intellectual and practical activity encompassing the systematic study of the structure and behavior of the physical and natural world through observation and experiment) – yep, science paved the way.

Scientist with NASA plotted the eclipse denoting when and where the best places for viewing totality would occur. Scientists with NOAA followed and studied Harvey from a small disturbance near the Lesser Antilles until it barreled ashore at Rockport and continued monitoring and warning people in its path.

If you wanted to experience the totality of a solar eclipse you listened to reports or googled NASA or downloaded unbelievably precise maps and/or timetables of where the eclipse would be and when. If you lived along the Southeast Texas coast you listened or googled for reports from NOAA about mandatory and/or voluntary evacuations. Even if you decided to try and ride the storm out, you used predictions from NOAA to determine what you would need to survive.

You didn’t peruse ancient volumes from Nostradamus or consult Madam Rue – you listened to science – because it was important; you wanted to know the closest place to go and see totality or you wanted to know how to get out of Harvey’s way. When it was important you didn’t turn to soothsayers, sages, religion or superstition – you turned to science.